Ely has had this position coming for a long time!
He was always considered by me for staff on AA, he's been loyal to us, even through the days of AE, he was the one who showed me how to Role-Play and interacted with me when I was a mere noob, I owe him a lot and if it wasn't for him we wouldn't have Keiko Neisan (Who I referred because of the RP) and possibly we wouldn't even have AnimeAddicted anymore!
He's one of the best post-by-post Role-Players I've come across and I'm happy he's stayed with us all this time and he continues to Role-Play with Mina to create their amazing story, which I for one am I fan of.
So, he's had it a long time coming and I'm proud posting this to announce him as a moderator for the Role-Play Approvals and the Traditional Role-Play sections.

So thank you Ely, count this thread almost as a tribute to you!

Woah didn't expect something like this!
It really made me happy reading the things you two just said

It's ok Ely, you deserve it

yea a hug emoticon would be pretty useful now

Lol I will xD

Didn't go to me? HMPH! /jealousy

ah!
i didn't know that

Now I won't have to cut you for rejecting my hug.

Lol phew...then i guess i was pretty lucky when i found that hug gif

Ely is a good boy

damn you nathan you beated me too it, i was myself Considering him as an Mod for some time, but forgot all the time too discuss it with nathan ^^
Well Congratz
_________________ 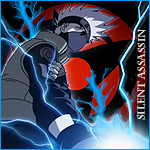 This is the only news thread to even get ONE REPLY!
you're very loved, Ely