Rikku would smile a little as she feels that he lays his jacket over her, slowly she would gently move a little backwards towards pressing herself up against him as she was trying to get a little more room. So she weren't laying on the edge of the couch, she would then gently move her hand back over behind her and take a grip in one of Neyato´s hand moving his hand over and placing it on her stomach, as if he was holding around her she would gently let go of his hand again and slowly begin to fall asleep

Neyato would Just let her Do her Thing allowing her The Room she Wanted, as he Smiled lightly while still having a Light blush on his Face, he Himself Also would Start to Fall Asleep...Altho Knowing that theres a big chance that he Would be the First to wake up as he Was alway's the First...

Rikku was sleep gently up against Neyato as always she was a deep sleeper and slept long, so she weren't the first to wake up when the morning came

Neyato would Sleep Untill about 5ish in the Morning as he Usually would, then start to wake Up still laying the same way as he Did, he'd Wait for about 5 minutes see that Everybody is still Sleeping, and that it's Quiet outside...for now.. he'd Slowly move but Quickly find out that he Can't get out thanks To Rikku, he didn't really mind that but he Wanted too Sit up as he Couldn't sleep any longer...he Shook her a little Wispering her Name, Trying to wake her Up but Not the Others Around them.. maybe she Could wake her Up just enough so that she Would move then Lie down again and Fall asleep again, but right now...no big chance...
_________________

Takumi opens his eyes when he thinks that everyone's asleep. "Heh..." He'd slowly stands up and look around. He walks to the table behind the sofa he was "sleeping" on and opens the drawers quietly like he's searching for something.

Rikku would keeps sleep as Neyato whisper into her ear and then turn around as he began Shook her as she would now be facing him, gently laying a hand on his side and a leg up on his thigh gently trying to move a little closer to him as she was still sleeping pretty heavy pressing herself against him

Neyato Looked at her A little Suprised and Became Completely Red as he Didn't expect this, he Layed there for about a Minute with his eye's Open,
ehh...Rikku? he wispered again trying to Wake her but this time somehow More carefull...
_________________

Takumi hears Neyato whispering and he looks suprised but continues searching before he grabs several keys and puts them in his pocket before he walks back to the sofa and lays down again closing his eyes but he stays awake.

Rikku kept sleep as if she weren't going to wake up the next few hours, her arm would gently move down behind his back and tighten around Neyato as if she were holding around him while gently breathing as if she were having a dream about something.

Neyato Would Look at this a Bit Suprised still having his Blush, knowing that it would be Troublesome if he Tried to wake her, and maybe it was good to Sleep well this time, he Closed his eye's again and Moved his arm around her again...just waiting till she would wake up...but He would be more and more awake now, as he wouldn't be able to sleep overtime, not wanting to wake her...he Would hear everything that happened around him...


(OOC: HEY Ely- Can't ya read, Your char would wait 5 Whole Hours before standing up so he's Sure? everones asleep? IT DOESN"T FIT MAN! Plz could you read as it was kinda a Beginners error?

Takumi sighs and sits up again with a worried expression. "Man..."

(OOC: HEY! dude can't you read?
Didn't I tell when I introduced this roleplay that it is based on Highschool of the dead?
In episode 2 when they are in the teacher's lounge Rei sees an news report and so that news report should start in like 5 minutes which is why Takumi already grabs the keys to get out of the school. I also said the sun was going down a few times which is usually...around 6 pm (not counting that it's summer)

Rikku were gently still sleeping up against Neyato slowly moving her head closer and closer to his, "mmhh..." would say while still holding around him while gently getting a smile on her lips

Neyato would Lay there eye's Closed as he Wouldn't really notice that Rikku was even closer, but he'd Keep himself Laying there silently, when he heared Takumi he Wanted to open his Eye's a bit seeing that she was Really close to him, so he would Get all red...
_________________

Neyato Would be Totally caught of gaurd as she Kisses him, now he didn't know anymore if it was that she was asleep or that she was just using it was cover for being able too kiss him, he Closed his eye's still having a Big Blush as he Kissed ehr back lightly, not really sure if he was doing the right thing
_________________

Takumi walks to the window watching the zombies on the parking lot.

"Hm..." He looks at the cars and sees that the school bus is still there. "What if we use the school bus to get out of here?, I want to know if mom's alright...and dad..." Takumi thought with a serious expression. "I got to get to the police station...or at least find a gun..." The boy whispers with a serious tone.

Tamrian was making his way trough the school halls, some of the students seemed to have made their way there, and mostly everyone else was either zombies or dead, so his best choice would be to find them and figure out what to do next from there.
He had been at the archery range when it all happened, so atleast he was
well equipped, or at least better then he could be.
armed with his bow and arrows moved on, but he had to spare what arrows he had, cause they were not really common around the city.

Tamrian had so far been able to avoid contact with any zombies, but it would only be a question of time before one of them smelled him out, and because of his bad knee he could not run for very long length before he needed to rest and recover.
He was now a hall away from the lounge, and looked out around the corner, the coast was clear, now all he could hope for was that people was still alive there.
Tamrian got to the door, and with his back to the door so he could keep a lookout he knocked on it before awaiting an answer from inside
_________________

Rikku gently keep kissing him, her hand gently keept stroking up and down his back, as she felt him kiss her back, well she was having a dream about somthing like what was happning right now, but well she was still sleeping slowly begin to wake up

Takumi still watches the parking lot but his eyes widened when he hears the door knocking. The student quickly went to the sofa and picked his baseball bat from the ground. "S-Survivor?...no way..." He whispers in shock but he quickly walks to the door. "H-Hello?!" Takumi yelled out hoping to hear someone from behind the door.
_________________
After ten years she enters her world of madness again
But in her Wonderland she is sufficiently fortified to boot these creatures' nether regions. 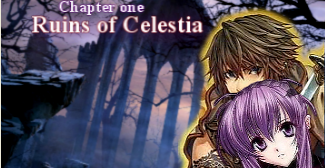 Neyato heared him and moved up breaking the Kiss and Looking up, he wondered who it was, he looked At Takumi, lying there in Silence, Takumi would Probably see him, while he still has a red Blush, but kept Quiet...
_________________

Tamrian kept keeping a look out and spoke back "Hey its Tamrian out here, can you let me in?" Tamrian talked in a not too high voice as he did not want to get the attention of the zombies.
Tamrian had so far gotten away with only shooting two arrows, and he hoped to keep it that way.
_________________

Takumi's eyes widen in suprise. "The t-teach?" he whispers before he opens the door slowly and quietly. "It is you..." He thought with a shocked and suprised expression when he sees Tamrian."Get in quick.."the student whispers as soft as he could.
_________________
After ten years she enters her world of madness again
But in her Wonderland she is sufficiently fortified to boot these creatures' nether regions.

"whats going on?" would Rikku say tired, as she open up her eyes and looked at Neyato still holding around him as she would make a loud yawn, still looking at him tired as she would not have notice what had happende before. Rikku would gently lay her head in agaist his still been to tired to think staight...