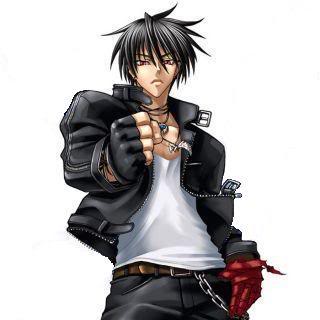 Personality:
He is a very calm person but he can be very arrogant to other students when they are anoying to him and he is much respected by most people because he is the kendoclub captain

Biography:
Before the incident he was a lonely student that tried to work hard for his grades altough it did't worked that much.he always refused help from other students thinking he can do it alone.
When the incident started he had a lecture about weapons of japan and had his own wooden sword that he has from his grandfather with him when he was done he saw his on gym teacher get bitten at the front gate he tought first it was just a normal fight and that his gym teacher could handle it but 30 minutes later he saw other students get by people and they turned to zombie's
they tried to bit him to but he escaped.
Now he trying to help the survivors to kill every last zombie.

Abilities:
Iruka knows how to fight with karate and how to use a woodensword

Items: He is having his mobile phone with him and a katana on his back
and a necklace from his father on his neck who is a police agent
Occupation: student

Weapons are not permitted in school...
Wooden swords are if your member of the kendo club. If you change that and correct a few words I'll accept your character.

Okay Approved!
Have fun and try not to die.