Class: Ranked C, which is two ranks away from becoming an high ranked assassin .

Personality: An cold individual who works alone or so he displays during work.
But he's actually an social who likes talking to people, outgoing and very kind to people that he knows. He doesn't regret what he's doing though. 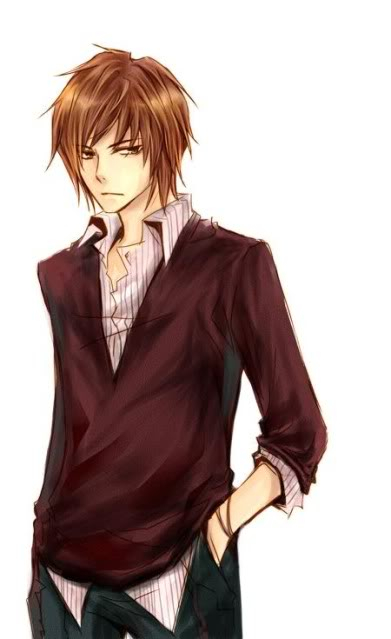 Abilities: Yoichi's a very good actor, he's atlethic capable of climbing houses and very intelligent. He's pretty good when it comes to Tai-jutsu and has also trained aiming, shooting, reloading and putting back together guns and rifles. Yoichi is also an master in stealth kills able to sneak in almost anywhere.

Items/Equipment: Backpack, His cellphone, his wallet, an dagger and a silenced pistol both they're handle's are covered by his shirt and hidden in his belt, Keys to the Divisions headquarters, 4 ammo clips containing 10 pistol bullets in his backpack.

Yoichi's raised as a orphan not knowing who his parents were and was soon taken in by a group of assassins called Divisions that picked up children without much backstory, children who would turn into assassins and will easily be forgotten by society.

At the age of 10 his training started. First it was martial arts then when he turned 12 he trained how to fight with a dagger and when he was 14 they trained him how to make assassinations but not only that also in how to gather information.

He still went to school during the time he was training but he couldn't tell anyone who he really was. That was part of his test to not let anyone find out about his real life and he kept it hidden for three years and still hasn't told anyone about it.

Yoichi's now 17 and an excellent assassin who works for Kuroi-Ame company.
His mission is to find a mysterious cursed girl who has yet to unlock an tremendous amount of magical power.
Believe it or not but Yoichi actually enjoys his job and gets a lot of money for it.

The remaining Witch Hunters have contacted him and promised him power in return for the girl that the assassination society is looking for.

Other: He hates a boring life, he loves music and likes chocolate bars and cola.