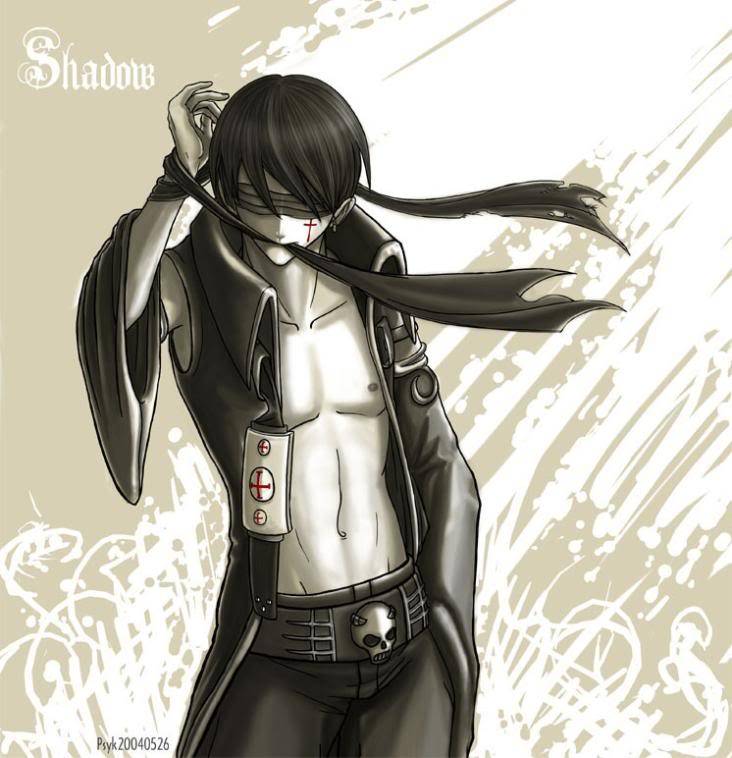 Personality: Jaruka is a fun-loving guy, he’s always up for a joke and will usually use wit as a way to humiliate and anger is opponents. That said, when he meets someone who is truly a match for him then he will fight with all his might.

Attacks: Jaruka’s attacks are numerous. Like many from the Arakuta clan (Of which he has nothing to do with except that shown in the Bio) he possess the ability to manipulate certain elements. In Jaruka’s case he controls the elements or Ice, Water, Static and Wind. As far as physical attacks go he trained as a member of Anbu in Konoha and has all the required training for that. His training with a katana is that of an amazingly skilled level, making him one of the best swordsmen in Anbu.

Items/Weapons: touketsu-aisu-tansen [frozen ice edge] ~ A long, thin Katana that is as tall as Jaruka himself, it’s almost paper-thin and can easily cut any object in half, the blade itself can be used to channel chakra, because of this Jaruka tends to use his Ice manipulation with the sword, which is what gave the sword the name “frozen ice edge”.

Biography: Jaruka was born in Kirigakure, His father was a member of the Momochi clan whereas his mother was from Konohagakure, she fled the village after being worried for Jarakuta’s life, Jaruka and his mother eventually reached Konoha and his mother was murdered by one of the seven swordsmen, Zabuza right in front of Jaruka’s eyes when he was just 12, this lead Jaruka to draft into the academy and he became a member of Anbu at the age of 17. He had a good life in Konoha with many friends and even a girlfriend, when he was 18 he was put in charge of an Anbu squadron including three young members; Saiyou (Arakuta), Yakatu (Uchiha) and Tamika (Uchiha).
Soon after his squad split up Jaruka decided to go and train on his own for a few years, a year after this he was found by an Anbu squadron that announced he was a missing Nin, now Jaruka is hiding from Anbu and other assassins/assassin squads.