The series starts several years after Tsubasa wound back time, and
it follows the clones of both Tsubasa, creations of Fei Wong Reed.
Syaoran is a young archaeologist investigating a nearby ruin. Sakura
has a vision of a mysterious symbol Syaoran found in the ruins. When
she visits Syaoran in the ruins the next day, she stands on the symbol
opening a secret room and disappears into it. Syaoran chases after and
finds her with a pair of ghostly wings being pulled into the wall. He
rescues her, but then her wings disintegrate into feathers that scatter
across dimensions. The High Priest of Clow Kingdom, Yukito, immediately
realizes that Sakura's "feathers" were the manifestation of her soul;
without them, she will die.

Yukito sends the two to the Dimensional Witch, Yūko. There Syaoran meets
Kurogane, a rough-mannered ninja who wishes to return to his home after being
banished from his world by Princess Tomoyo in order to learn what true strength
is, and Fay D. Flourite,a magician who fled his world and wishes never to return to avoid being
forced to kill the King Ashura of his home world. In order to gain the
power to cross dimensions, each must pay with what he or she values
most. Kurogane pays with his family's heirloom, the sword Ginryū. Fay
pays with the tattoo on his back that suppresses his magical power.
Syaoran and Sakura pay with their relationship; even if Syaoran is able
to retrieve all of Sakura's memories, she will never remember him. When
the three agree to her terms, Yūko present them with the one of two
creatures named Mokona Mokoniwho holds the power to cross dimensions.
The group of five then set outon their journey across dimensions in search
of Sakura's feathers. 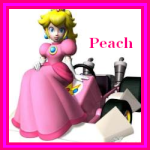 I used to watch this anime until episode..13 or something like that.
It was fun...for a little while

I think this is the second.

The first one serie has a another name; Tsubasa Chronicle.

It's about - Sakura, a princess from the Clow Kingdom, lost her memory due to a
strange incident that happened within an archaeological dig in her home
country. In order to regain her memory, Yukito, the Kingdom's mage,
sent her childhood best friend, Syaoran, to seek help from the witch,
Yuuko. Yuuko tells Syaoran that he has to travel from one alternate
reality to another to collect fragments of Sakura's memory. However,
even if Sakura regains her memory, she will have no recollection of
Syaoran. Along the journey, Syaoran and Sakura meet Kurogane, a warrior
who was exiled from his country, and Fay, a mage who wants to move from
one reality to another in order to escape from his King. The four
characters end up traveling together and an exciting journey through
time and space begins.