Weight: unknown (wouldn't tell me, and if i'd ask again, she'd kill me) 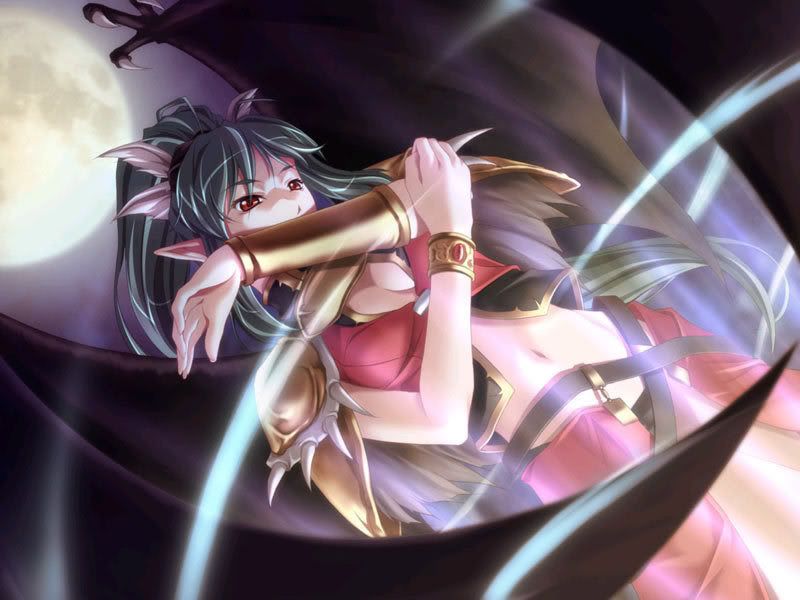 Personality:
she Seems too Have normal Feelings like any other, and She Smiles Alot, Seemingly caring For everyone...

Biography:
Naiyra Was Born The Same Time as Arion, But she was Alway's weaker then him,
After Hearing That her Brother Decliend too become one of the Great Demon Lords she was Enraged,
why would Her Brother do this. She Came Up with a Plan, Too Make her Brother pay and Achieve her own Goals,
It was Really Simple When you Thought about it, Naiyra would Distract the Demon Lord and her
brother would Kill the Gatekeeper, thus gaining acces too the Human world,
it all went Smoothly, while Her Brother Was working on the Gate keeper, she Would go too the Demon Lord,
She Distracted him, But at Some Point when She saw the Chance she Cut off his head, he Didn't even Notice her attack,
he was too busy...
She got the Key and the Head of the Demon lord and Went too her Brother, who Was Fighting off Large amount of Demons,
She Flew over them and opened the gate Yelling too her Brother to go Outside while he Still could,
They went through and the Gate shut itself behind them,
They where in a Great Field in the Human world,
Arion Turned too her For Awnsers but all she told him was that She would Change this world for the better.
Arion Followed Naiyra trying too what he Thought talk her to her Senses, and That she Should return while she still could,
Naiyra Didn't Trust him anymore and Without any warning Ripped his Horns Off and Got away,
She Went too the Outskirts of a small Town and Changed her Looks too a Human Girl,
There She Kept hiding between Humans, untill She finaly left for a City, where She Now Resides seeing the City as her home,
She Likes Heights the Most, Sitting and Watching the World Move on...
But in the Mean time she Planned For her Goals, Preparing too make them a Reality someday...

Relationships with Other Characters: Arion is her Twin Brother