There's this one girl that I've been hanging out with for a while, and
eventually I just fell in love with her. So I told her, and she said
that she doesn't really like me, but still thinks I'm a really great
friend, no hard feelings, right? Well, today, her friend came up to me
with her trailing along behind her. Her friend basically said "She will
never love you, she doesn't date people who are in a band, you fucking
loser. Stop hanging around her, get a fucking life"

She was right behind her and kept telling her how rude she was, and I
just walked off. They could probably see/hear that I was in tears
though. First time in a while that I've cried so hard. Well, she (not
the bitch girl that said that stuff, my friend) messaged me saying that
she is sorry that her friend said that, and that her friend is an
asshole, basically. So, her friend pretty much made me feel like shit.
Hell, I even proposed to quit the band just to be with her, but she
said that her friend lied about that as well.

So for the past few hours I've been sitting here in tears, writing
music, listening to some music, etc. etc. I just feel like shit. 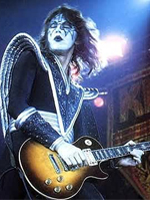 I tried talking to her today. Whenever I go up to her, she just completely ignores me and is trying to avoid me at all cost.

Well, the one thing in my life that made me happy is all ruined now.

I'm so sorry, Tanner. Don't listen to her friend. She's probably just a jealous loser. You can't help who you like and that's a given fact. She can't tell you who to like and she's not that girl you like. So, that friend needs to back off. Don't back off because that's what her friend WANTS you to do, therefore, don't walk away. You're stronger and smarter than that, Tanner. I know you are.

Her friend has NO RIGHT to tell you that.
It's your life, you can do what you want.
You're strong, you'll get through this <3

I'm somewhat over it, I still feel betrayed and saddened by the whole thing though. Last time she talked to me, it was one insult wall-of-text

Elekari wrote:I'm somewhat over it, I still feel betrayed and saddened by the whole thing though. Last time she talked to me, it was one insult wall-of-text