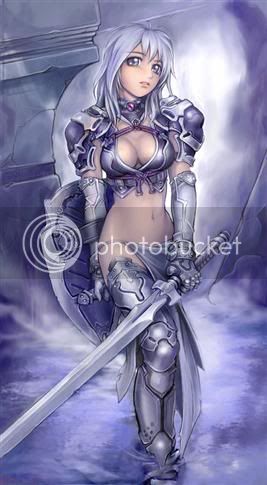 Personality:
Yumiko is extremely laid back and almost never loses her temper. However you don't want to stand against her when she does.
She most of the time she's happy, sweet, friendly and helpful though she can seem cold and emotionless almost arrogant to some people

Attacks:
She has been trained in Taijutsu and Ninjutsu (the non chakra martal arts type). she is an expert in the use of Long bow, manriki, throwing weapons and bladed weapons.

Biography
Yumiko was raised in the Crystal village an only child, her father died in battle just after she was born. Not much is know of her past as her mother kept it a secret from her. she wasn't treated very well by her mother and was beaten on many a occassion for the slightest infridgement of the rules. she left the village on a mission to track down and kill a person that destroyed a neighbouring village. she was given only a description of the person who caused the devistation and a very sketchy idea of the abilities he used