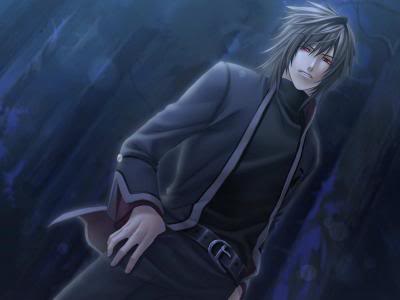 Personality: Yanjin is very dark and cold but through this visage one can see the slight flicker of humanity inside him, the last thread left of his former self, maybe if someone reached out to Yanjin and showed him so love and affection then he’d be able to become himself again, become human again.

Attacks: Yanjin taught himself to fight whilst he was trapped in a medical facility, his attacks are based off the fighting styles of wolves, the reason for this is during his entrapment he was forced to watch videos of various animals, testing his reactions to them. This has also made him adept at reading the body languages and N.V.C of animals, unfortunately this has left him almost unable to read the body language of humans, giving him a great disadvantage against people.

Items/Weapons: Sutatikku-Katsu [Static Ripper] - The Sutatikku-Katsu are two claws on legendary origin, their power is that they can release and control static, the limit of this is not known but what is known is that the Sutatikki-Katsu have an almost unlimited use of static and don’t seem to drain the chakra levels of the user though they do drain life-force meaning that prolonged use of them could possibly kill the user.

Biography: When Yanjin was born, something was obviously different about him, one of the main give-aways was his unnatural hunger for any kind of meat, from a young age, where he should have been sustained by breast-milk he had the never-ending urge for any kind of meat, finally his parents took him to a psychiatrist after Yanjin had killed their dog and attempted to eat it during the middle of night. It wasn’t soon before Yanjin was written off as mentally ill, when he was two he was kept in an asylum for young children, “crazies” as the wardens called them. Approximately a month after Yanjin was put into the asylum he broke out, nobody quite knows how but he had ripped the door clean off it’s hinges. Yanjin was finally tracked down after two weeks searching but whoever caught him just took him somewhere different, somewhere horrible. Next thing he knew he was in a science lab, kept with a chain around his leg that was thatched to the wall that was through an iron fence. The scientists treated Yanjin like shit for years, beating him, subjecting him to horrible experiments, making him fight other children for their own amusement. A few years after his incarceration into the science lab there was a new test subject there, Haruka. Haruka soon became the scientists “favourite” and this meant she got all the beatings, all the attention, this left Yanjin furious, not only was he alone but he saw Haruka as though she was getting positive attention (though it was the opposite) over the years he festered a unholy hatred for Haruka, if he had been given the chance then he would have killed her. One morning, a week before his 15th year in the lab he awoke to a strange sight, a large, dark figure, this figure gave Yanjin two claws, Yanjin put on these claws and instantly passed out, waking up three hours later, he was miles from the lab, he had no idea where he was, who he was, what the world was, he was truly confused and lost. Alone and scared in a dark, loveless world.

After Yanjin has established himself in the world he joined an organisation that hunts demons and any kind of ungodly creature, his mentor was a girl called “Ira” who taught him how to utilise the Sutatikku-Katsu, Yanjin grew very close to Ira and vowed that if he ever met Akura that he would not kill him but give Ira his whereabouts so that she could kill him. Ira developed a drug that would keep Yanjin from becoming a Werewolf (She identified this as the reason for everything he had done in his past)

On one of Yanjin’s missions he met a young girl, Saku who had gone crazy after gaining one of the legendary weapons, the Dokuro-Kanpan whip. Saku was at school when she went crazy and had killed almost everyone in her class, the air was thick and heavy and Saku’s power was almost off the charts, once Yanjin found her they had a fight in which both of them almost died, Yanjin had to become a werewolf just to stop Saku from killing him, as her weapon had reached it’s second stage. Yanjin recognised that Saku had a great amount of power and that she could potentially be stronger than himself and Ira, he took Saku away with him and he is currently teaching her how to control the Dokuro-Kanpan and how to fight. 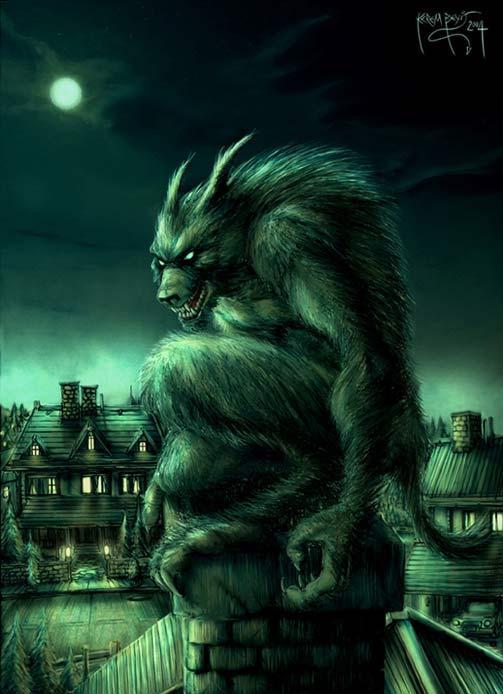