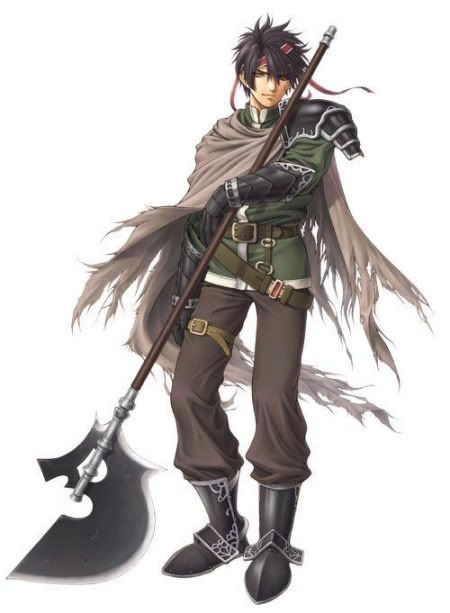 Personality: Ojike, do describe his personality in one word “cold”, he doesn’t give a shit about anyone or anything, he works privately, somewhat like Akatsuki but he works alone and is not a member of any organisation. He will kill without hesitation and will do anything to achieve his objective.

Attacks: Ojike‘s attacks cover a wide range, he can manipulate several elements. These elements are: Fire, Wind, Wood, Stone, Static and Water. As far as physical attacks go he trained as a member of Anbu in Konoha and has all the required training for that. Ojike was always unconventional as far as weapons training goes, he trained with a Katana for years but was blessed by the mightiest weapon of the Uchiha Clan. Being from the Uchiha clan Ojike has the Sharingan blood-line limit and after killing his step-brother he brought them to the level of Mangekyou.

Items/Weapons: Kaen-Jigoku-Enkou [Black Hell Flame] ~ (shown in the picture). The weapon itself can be used to channel chakra, because of this Ojike tends to use his Fire manipulation with the weapon but when the flame trails from it, it takes on a black colour which is what gave the sword the name “Black Hell Flame”.

Biography: Ojike was born and raised in Konohagakure, When he was young his parents caught wind of the Uchiha clan’s plans to take of Konohagakure and they feared for their child’s life, because of this Ojike was raised by a different family (He gained a step-Brother), the father risked his life to erase the records of Ojike’s life and succeeded. Ojike was aware of the secret and was raised with the name “Saiten, Ojike”, he exceeded in school and eventually joined Anbu at the age of 17 but during a massive battle his Sharingan ignited and he was attacked by his comrades (Who knew of the plot) (by this time Itachi had killed everyone for Anbu) including his step-brother, killing his step-brother gave him the power of the Mangekyou Sharigan and with this he easily picked off the rest of his team members.
After this Ojike had no choice but to run away from the Ninja world and lived alone, he started doing missions for wealthy clients and has killed a lot of people during this time, he is extremely powerful and is more dangerous, at one point the was offered a place in Akatsuki but declined, wanting to work alone.