Personality: Kou is an serious person who dislikes everyone that annoys him
he can be an good person but he does that in his own way. He thinks that human emotion are a hindrance to everyone
but even he can't supress his emotions forever 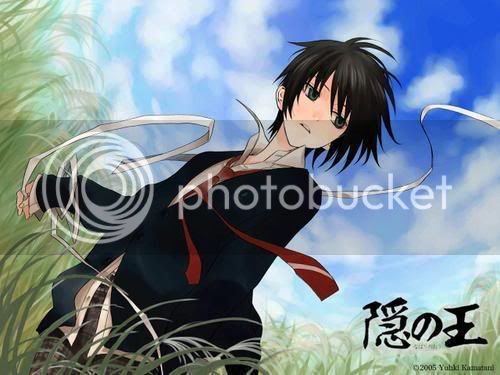 Kou can also use his guns for defending uses because they are made from a special kind of metal that no sword can cut trough it.

Kou uses one of his pistols to unleash a powerful barrage of Energy shots simultaneously that, because of their density and grouping, can appear to fuse together into one large Energy blast. He is able to change the direction of this attack during firing, making it extremely difficult to avoid.

Items/Equipment: 2 Guns and a cellphone

History/Biography: Kurou's parents died when he was little so his uncle raised him
his uncle gived him a kind of training for later kou asked his uncle why he had this training
but he said it was to make him strong. Kou wonderd why he did wanted do that but he hadn't any problems with it
so he continued the training several years later. Some strange man kidnapped his uncle. kou was been tolled not to follow
them or he would die but he did. He arrived at the hiding place of the kidnappers of his uncle. He saw him unconsious in a prisoncell with special bars that couldn't be destroyed that easy he wanted to find a key or something but got caught and was putten in a other cell. he asked his uncle what they where and why they kidnapped him but he gained no answer after a couple hours some man came in and wanted to kill Kou but when he almost pulled the trigger of a gun his uncle said that he will co-operate with them if they let kou live and they said yes couple minutes later kou got smacked unconsious and woked up in his own bed not remembering what he was doing he has forgot everything of that happening and has the memory of his uncle saying he has gone off to a journey now he is living by himself and trains everyday.