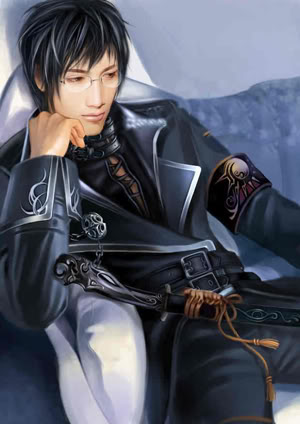 Personality: Tamrian is pretty laid back, and jokes about mostly any situation unless he is in class.

Biography: Tamrian went trough life easy, but he hated the easy life, and tried to make it a bit more fun, already in high school he was part of a rifle group, and the schools archers club, as his dream was a bit to enter the military, but because his one knee got damaged, and he was picked off, the knee did not really disable him in any way, but it would be too much for him to be in the military, and for that reason he did not get in to the military and instead became a school teacher, it was a clearly different life, but it pleased him, and it seemed his students liked him.
his life was pretty peachy until one day...


Abilities: Tamrian excels at archery and shooting, however because of his knee he is not very quick, but is able to keep an average speed for short periods of time.